Beyond Standards, Curriculum, and Teaching: Attending Not Just to Supply, but to Demand 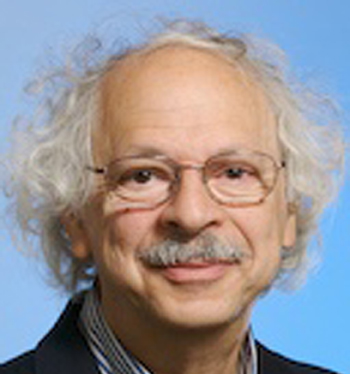 Editor's Note: People like us (DR K-12) are primarily funded to understand and/or fix parts of the supply chain in education. If something isn't working well, we fix standards or testing or administration or curriculum or teaching, etc. Goldenberg suggests that, in addition to thinking about the supply side of education, we research and think about influencing the demand side as well.

Why does Japan do better than us in mathematics? (Well, ok, some people argue that they don’t do better than us, but I’ll start by assuming that they do.) People point to curriculum; or teaching and lesson study; or national standards. Surely these all matter, but there may be more to it than that.

I’d never argue that curriculum isn’t of major importance. Curriculum is what I do. The often vitriolic wars over curricula in news and in courts tell us that the public also believes curriculum matters. The NSF funds it, and many of us, devote much of our lives to it, designing new models or analyzing existing ones. People differ about what good curriculum is, but all agree that it matters.

Ditto teaching. People argue about what’s good pedagogy and about the background teachers need; people even still try to finesse the problem of teacher quality by creative use of technologies; but all agree that the teaching is critical.

Sort-of ditto standards. For literally thousands of years, people have deplored the decay of standards (morality, mathematics, whatever). But the notion of The standards—for math ed, at least—is new. After NCTM’s The came many state The’s. NCLB led to nearly ubiquitous The’s. The Common Core effort hopes to reduce that Balkanization, but we don’t yet know what problems it will solve or create. Standards for schools may not be enough to control for the variables: curriculum, teaching, ed schools, and life opportunities (or lack thereof) to study for, but people broadly agree that some form of standards need to exist.

But back to Japan. They differ from us not just in curriculum, teaching, and the coherence that can come from greater centralization. They also differ in culture in ways that plausibly affect the mathematical learning of their children. For one thing, Japan has a lively puzzle culture! A quick web search turns up not only the familiar Sudoku, and increasingly popular KenKen, but a host of other puzzles. Our personal friends from Eastern Europe—Rumania, Bulgaria, Russia—often report how their families would joust verbally with riddles and other puzzles over dinner. We have puzzles, too, and they’re popular enough to appear in our newspapers and on supermarket checkout counters. But I wonder if they’re valued in the same way. Logic puzzles of the form “Amanda, Betsy, Carla…have cats named Eeyore, Fuzzy…. Fuzzy and Betsy eat the same things…. Who likes tuna fish sandwiches?” appear only in specialized puzzle magazines, and occasionally in schools on a rainy Friday afternoon (but only for students who have finished their “real” work). Oh, and in the Law School Admission Test! So, if you want your kid in law school, these puzzles are not dessert, but could be the main course. And what about KenKen? Nobody puts up with the same amount of arithmetic practice in a battery of arbitrary exercises, so curricula include less and less practice, so kids get less practice, so...(you get the idea). But people--even kid people--typically love KenKens. People like the feel of nailing a puzzle! That's why it's economically sensible for supermarkets (not your high-end intellectual bookstores) to stock up with puzzle books.

Japan and Rumania also believe that people can learn mathematics and that success comes from effort, not genes. In the U.S., we tend to talk as if some people have “mathematical minds”—and get it from their parents—and others just don’t.

It would be depressing to conclude that it’s all about culture if we had no control over our culture, but we do. We can change culture partly through schools. Instead of fighting drill-and-kill by eliminating practice, we can adopt drill-and-thrill methods. KenKen won’t solve all problems, but it can do a whole lot for elementary arithmetic computation. And we can treat solid intellectual exercise in the form of (thoughtfully selected!) puzzles not as enrichment for the already-rich—the kids who have finished—but as part of the staple diet of all children, to make them richer. But puzzles do not a whole curriculum make.

A big problem with curricular and pedagogical change is that it requires social change as well. We can’t focus attention just inside the schools: on materials, teachers, frameworks, pacing guides, and so on. We can’t focus only on the supply side of education. We also need projects that focus on the demand side, studying how to change what people expect—they currently expect only some kids to be any good at more than the rudiments of math—and we must change what they want. We must even change the popular definition of the word “math.” If you watch TV or read the Sunday comics, you know that it’s the subject you hate and can’t understand. If a kid happens to be blessed with a curriculum that is designed and taught so that the kid does like and understand it, someone—the kid’s parent or perhaps even the kid—will eventually complain that it can’t be the real thing! Change can’t “take” if the public—the people who staff the schools, vote on local school budgets, support or harass the teachers, stand on the school committee—doesn’t want it.

As for you and me, our typical areas of expertise are in mathematics, psychology, teaching, research, and curriculum design, not in changing the public will. But there are people who are experts at changing demand. Marketers and advertisers know how to sell people things they don’t need and don’t even want! Politicians also know how to change the discourse when they need to. Mentioning marketers and politicians invokes a sleazy image—power corrupts—but the same skills also serve good ends. We have projects that focus on change in the schools. What about projects devoted to changing what the public expects of schools? Projects that create a better brand for science and math, a brand that claims, as its sexy property, iPods and cell phones and cameras? And projects that work on adults’ beliefs as well as the beliefs of kids? That “sell” the idea that genes don’t create the bottom third of the class. NPR was recently was saying it was “like school, only fun.” What about selling the idea that school does not have to be boring to be good? And what about projects to inform media people who certainly didn’t intend to hurt education that their totally unconscious digs at math or school might actually be damaging? What about selling science through pediatricians? Or puzzling as part of anti-mental-obesity “get moving” campaigns? Or that valuable work can be play? We’re not the experts who can decide what technique to use, but we can take on this challenge and get the marketing experts to help. What about it?

Any opinions, findings, and conclusions or recommendations expressed are those of the author(s) and do not necessarily reflect the views of the National Science Foundation.